Joomla! bugs are tracked in the Joomla! Issue Tracker, this Tracker is for issues with supported Joomla Versions. Recommended version is J3.10.

You do not need to be a member of the Joomla! Bug Squad to help fix bugs in Joomla. Anyone can report bugs, test patches, or submit patches. If you want to help with resolving bugs, go to the Tracker. You can help resolve Open issues as outlined below. You can create and submit patches for Confirmed issues. Or you can help test Pending issues. To report about what you have done, login with a GitHub account and add a comment. You'll be amazed at how much impact you can have and how good it feels to contribute to the Joomla! project. If you have any questions, or are interested in joining the JBS, please contact The Bug Squad Coordinators.

Issues Reported on the Forum[edit]

Issues Directly Reported to the Tracker[edit]

Critical (1): The trunk is not working at all. Significant parts of the source are broken preventing key operations. Examples would be login, installation, extension installers, JavaScript errors that prevent you from moving a save or similar action, etc. Also includes the generation of Fatal PHP errors and major security issues in a prerelease. (Security issues for a stable release should NOT be reported in the tracker but instead reported to the security team security@joomla.org.)

Urgent (2): Parts of the source are obstructing operation in a serious way or causing a major loss in advertised function. Examples would includes PHP notices and warnings and reported JavaScript errors. Major issues will also typically prevent the release cycle from moving from Beta to Release Candidate (RC), or Release Candidate to General Availability (GA).

The bug squad takes care of the Joomla releases. For example, that means getting the 3.4, 3.5... etc. releases ready by fixing problems that come up. The idea is to make the release increasingly stable and take care of issues that come up. At the same time, it is vitally important not to break anything that is working. That's called software regression and it's not something you want at this stage. In the trackers there are several common statuses, mainly: new, confirmed, pending, ready to commit. 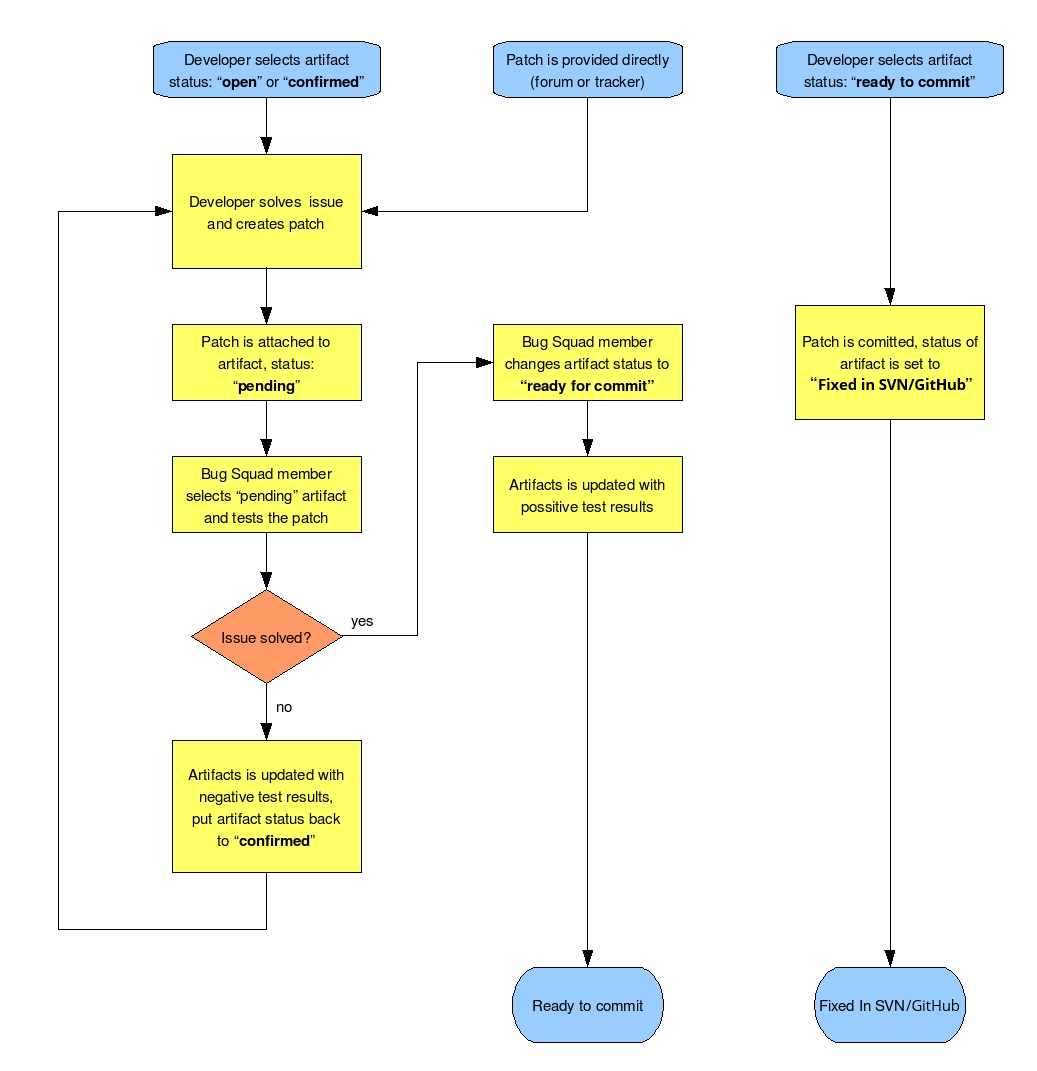