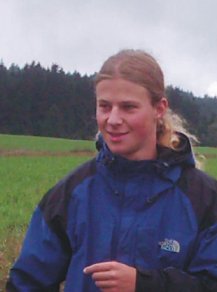 My name's Martin Pecka, my Joomla! forums nickname is peci1

I come from Jindrichuv Hradec (or Jindřichův Hradec with full diacritics) in the Czech republic (not Czechoslovakia - it split in 1993 and nowadays doesn't exist ;) )

I'm just finishing a grammar school in my city and then I want to study on the Charles University - The Faculty for Mathematics and Physics. I'm interested in maths, programming and web coding. Expect of these interests I love music (I try to play guitar and piano) and nature.

Since I was young I've been a scout - and I like it. It is a great life way for me. In the end, I spend some time with my gorgeous girlfriend, but the distance of about 300 km between us doesn't make it easy :) And finally, I like smiling =)

First I read about GHOP incidentally during an IT class. I saw a possibility how to earn some money and good experiences in my favourite activity. And the international certificate looked also very cool =) I searched for some tasks, but I'm not familiar with Linux projects and C. So I searched some PHP tasks... But the most of them was claimed, so I decided for a translation task - after all, I love english. Now I see I don't have enough time for completing 3 tasks, but the experiences from my only one are also very useful. Thanks for a project like this ;)

I learned that the translation to a brilliant language isn't easy. Even after two cycles of translating there reside many forms, that are translated, but sound very strange, in the document. I haven't known Joomla! before, in fact, I wrote some VERY simple CMSs for myself in the past. Joomla! looks like a very advanced one. Maybe I'll use it once in the future.

The only issue that would be done better is the advertisement. I'm interested in IT, but I found GHOP only incidentally.