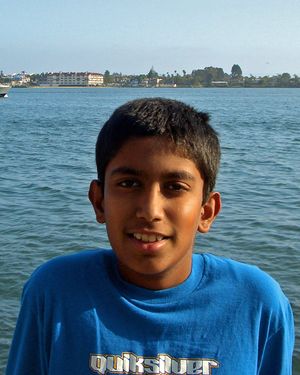 My interests and hobbies include coding and programming primarily, but I also participate in many other extracurricular activities. I take part in my school's speech and debate team; I also play baseball every summer. My proudest accomplishment is reaching my rank of Yonkyu (purple belt) in the 8 years that I have taken part in Aikido.

I joined GHOP to make some money over my winter break. I unintentionally got too interested in a task and went off on a tangent. Now, I'm enjoying my contribution to the open source community not as a GHOP contestant, but a FOSS enthusiast and coder. I chose Joomla! because I have prior experience with it - and the Mootools Javascript framework. Software that I had prior experience with seemed easier and more fitting to contribute to, rather than having to re-learn the core code.

My experiences with GHOP as well as the Joomla! community in general during the Doc Camp have been nothing but wonderful. The single task that I worked on (Making Joomla! more kid-friendly) was given a four-week time limit; however, I was given another month to work on the task after making additional extensions and additions in relation to the task's goal. The sheer amount of people eager and willing to help is outstanding for any Open Source community. The mentors were very responsive, even under the intense pressure and hundreds of tasks pushed upon them. The Joomla! GHOP experience was unforgettable, and has definitely been a grand introduction to contributing to Open Source Software.

The only thing possible to make the experience better is tighter integration with Google's GHOP pages. The claiming of tasks and separation between the GHOP page and the Joomla! forums seemed odd at first. However, it worked out rather smoothly as GHOP progressed. The only other issue would be the uploading and submitting of files for the GHOP contest. At times, contestants were forced to upload files elsewhere due to the lack of space in Google's GHOP page.