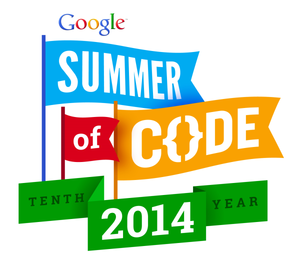 This page will aim to be a general informational page for students, mentors and others interested in Joomla's Google Summer of Code Program.

Google Summer of Code is a program run by Google for college students interested in contributing to FOSS projects. Visit the Google Melange site to learn more.

Joomla is a community of developers that are currently working on three projects: the Joomla CMS, The Joomla Issue Tracker and the Joomla Framework. The CMS is the very popular and well known FOSS content management system. The Framework existed within the CMS as a tightly coupled set of utility packages and classes. Eventually developers decided they wanted to work with just those utilities and write new applications not coupled to the CMS. The Joomla Issue Tracker is the first Application built on top of the new Joomla Framework and is currently nearing it's first stable release.

The project now supports all three of these initiatives, as does Google Summer of Code. On our ideas list you will find projects related to the CMS, the Issue Tracker and the Framework.

For a Joomla GSoC student, there are two timelines that a student must be aware of as they are developing their project plan. The first is Google's own timeline. But, because the Joomla CMS has it's own specified release cycle, there is also a strong need to be aware of the Joomla release cycle.

To assist in planning a project timeline we have compiled a suggested list of dates and deadlines for students. This includes requirements for all GSoC projects. Please submit a timeline that includes these key deadlines with your project proposal. It is not essential that you follow the same dates listed on the sample timeline, however you must include the milestones and an expected / planned deadline for each milestone.

If you would prefer to subscribe to the Joomla GSoC 2014 Google Calendar, you may do so here:

NOTE: The above timeline will be updated as more information becomes available, so you may want to subscribe to the calendar using the above +Google Calendar button.

It is essential for students wishing to be considered for Joomla's GSoC program that they complete and submit a full project proposal. There are some key essential elements we expect to see in the proposal:

A full proposal in detail from Diana Neculai is available here. This proposal was submitted and accepted in GSoC 2012: