Embedding translatable strings in the template 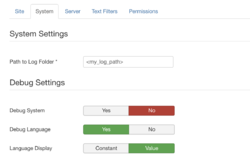